More than ever, there’s nothing like capturing the perfect photo. Many social media outlets are focusing more and more on pictures. Furthermore, many people are moving away from using traditional cameras to take their photos. It’s hard to compare the capabilities of a traditional camera to a cellphone camera, even considering all the advances in the latter. Although the quality is typically less on a cellphone, the convenience makes it worth it. Just because you are taking pictures with your cellphone doesn’t mean you can’t capture and edit awesome photos, especially if you use these five tips.

Although it’s tempting to zoom in when you are taking a picture, the zoom feature on most smartphones degrades the image. Your images almost instantly start to look pixellated, and it’s difficult to get a clear shot. 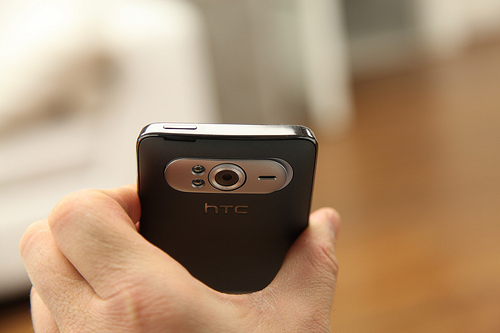 If you want to zoom in on a person or object using your smartphone, like the iPhone 6S, you can use the crop function, which will make the main object larger without sacrificing the quality of your photo. Then use the 4.7-inch Retina display to clearly check the results. Once you’re satisfied, you can upload your photo to your favorite social media outlet without worrying about it being pixellated.

Many cellphones allow you to focus on either the background or object in a photo, changing the exposure and making certain aspects lighter or darker. For iPhone users, all you need to do is point your camera at whatever you want to capture, tap the object that you want highlighted, and that object will be lightened for the photo. This tool is especially handy when the sun is behind the object, since that tends to make the object darker.

Most photographers know about the rule of thirds when taking photos. This rule essentially states that your photos will turn out better when the photo is separated into thirds both horizontally and vertically, and the main object is located on one of the lines or in a box of that grid. This placement makes the photo look more natural and appealing to viewers. Many cellphones have a grid feature that will help you use this handy photographer’s guide. The grid will divide your photo into nine parts, helping you decide where to place the main object.

Although using a filter well can make you look fabulous, there’s nothing that special about using the same filters everyone else has access to. Most cellphones have basic editing options that can lighten a photo or change the color temperature. If you want to go one step further, there are plenty of apps available to edit your photos beyond the normal editing functions on your phone. If you want a truly unique photo, use one of these to edit your photos instead of a filter.

5. Turn Off the Flash

Many cellphone manufacturers haven’t found a solid flash for cellphones. Instead it’s just a light that illuminates the general area. You have probably noticed that the temperature of the colors are off when you take a picture with the flash on your cellphone camera. If the picture even comes out, it’s usually not lit very well. Not to mention the possessed look or demon eyes that many cellphone flashes produce in faces.

The iPhone 6S has a dual-tone flash, which can go a long way toward improving nighttime photos, but with less advanced phones, to get a good picture when it’s dark, use another phone’s flashlight on the object or use a different light source instead. This will prevent the demon eyes and bad lighting you get from typical cellphone flashes.

You can take really great photos on your cellphone with the help of better lighting and editing apps. You don’t even need Photoshop to turn your photos into something really awesome. There is no reason you can’t get high-quality pictures taking them on your cellphone, and upload them to Instagram or Facebook quickly and easily to show off your photographic talents.