Design Then Code is an excellent tutorial for iOS application development. If you are serious about learning iPhone and iPad interface design and want to build iOS apps from scratch, this is an awesome work by Mike Rundle of Flyosity fame. But before you embark on Design Then Code project tutorials, there are certain factors you need to know to learn iOS application development properly. These include Xcode, Cocoa, Objective-C and UIKit. 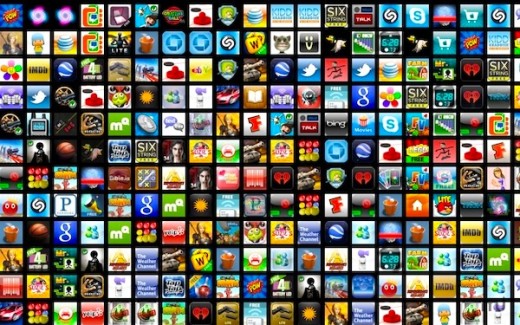 This post will help you to learn more about iOS application development.  And for that the first thing you need to know about is the tools. There are several tools provided by Apple that will help you in your quest to Mac and iOS application development.  Developers can download Xcode from Mac App Store, which will give them access to Xcode, the Cocoa Frameworks, Interface Builder, along with tools for testing the apps. Using this tool, you can even publish apps to App Store after registering as an official developer of iOS apps.

Xcode iOS application development tool is an Integrated Development Environment that developers use to build Mac and iOS apps. In fact, it is more than a code editor. Xcode offers various additional goodies such as static code analysis, autocomplete support and many other debugging and performance tools. Besides, developers can use BBEdit and TextMate before using command line tools to complete the iOS application development. Some developers can do this within Xcode.

Another noteworthy application is Interface Builder that enables building interfaces visually. You can drag built-in objects such as tab bars, buttons, labels and sliders easily on to the interface of your app. Then, you can configure it by tweaking the panels and palettes. Interface Builder can also be used to connect actions and targets. Also, it can be used for object bindings and manipulate controllers. Developers who are new into Mac and iOS application development can use Interface Builder and simultaneously learn the UIKit code, which will help them to lean about code interfaces from scratch. In All Design Then Code tutorials will help you to learn how to manually write UI code.

Frameworks are probably the most vital piece of this whole puzzle. APIs and frameworks are something without which developers cannot create apps that can run on iOS and Mac OS X. Apple offers various frameworks; thus, allowing developers to encrypt important information, create user interfaces, draw graphics to the screen, write networking code, play audio and video, display WebPages, take pictures, save data and passwords and more. Apple’s frameworks allow developers to start off with a set of tools and commands to build the applications. Without these frameworks, iOS application development would become a real challenge for developers.

The Cocoa frameworks offer various goodies that many developers have successfully accomplished incredibly complex things in just few lines of code. Consider this example to understand the work of Cocoa frameworks – fetching a file automatically online by its URL (uniform resource locator), parsing the file, and finally stuffing this file into a given data structure that can be instantly manipulated.

The above mentioned tools are some of Apple’s prime tools for iOS application development, however, there are many more. You can get them more at Mac App Store and start playing with the numerous tools. If you really want to learn app development from scratch, Design Then Code project tutorials is probably your best bet.

Ryan Smith is an iOS developer working with one of the leading firms in USA. He has assisted many brands in their lofty quest of iOS application development that is user-friendly and alluring for users. Ryan is also a regular blogger. To know more visit site: http://website-creation-services-review.toptenreviews.com/ View all posts by smith